In summer they go outside(one batch already is), under the benches in the greenhouse. Until now, I used to get them back to artificial light in the second winter, so almost 2 years of constant vegetation. Since this year I will have to many seedlings to do that again, I will have to change something again...
Top

So, in April all the seedlings were removed to the greenhouse under the benches in their appropriate humidity boxes(i think there were 5 of them). There were no major issues with them, the sciarid flies havent come back since my sowing mix is now 100% mineral. I kept one propagator running inside under artificial lights, mainly watching over some harder stuff(Arios, Echinomastus stc.), occasionaly repoting some of the seedlings and moving them under the benches outside. I had a long vacation and some other issues in my daily life so they were semi-neglected through the summer but I havent had any major losses.

September was month for repoting - I transplanted almost all the seedlings from earlier sowings, boy was that much work! Wash the substrate, dry it, sieve it in appropriate size, it seemed to go on forever

Also, I realized I am lacking space with all those seedlings in their individual pots. On with the plans for the new greenhouse 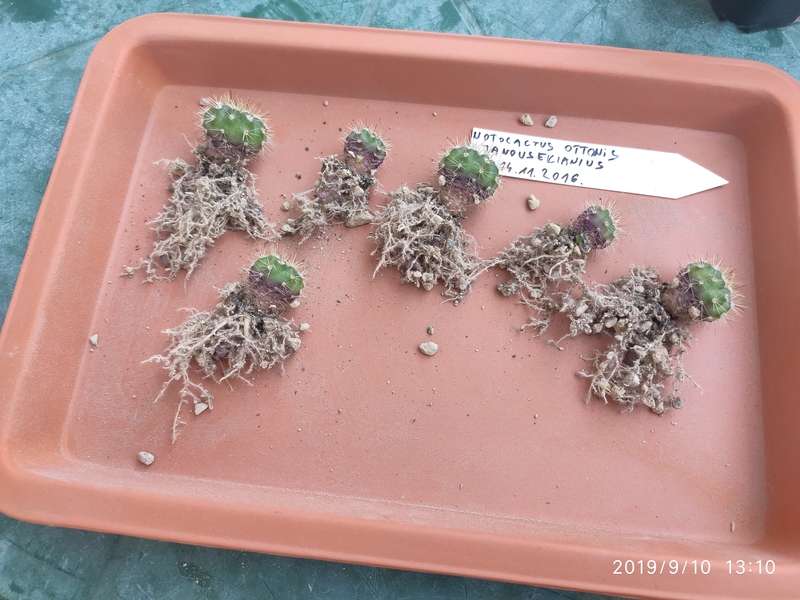 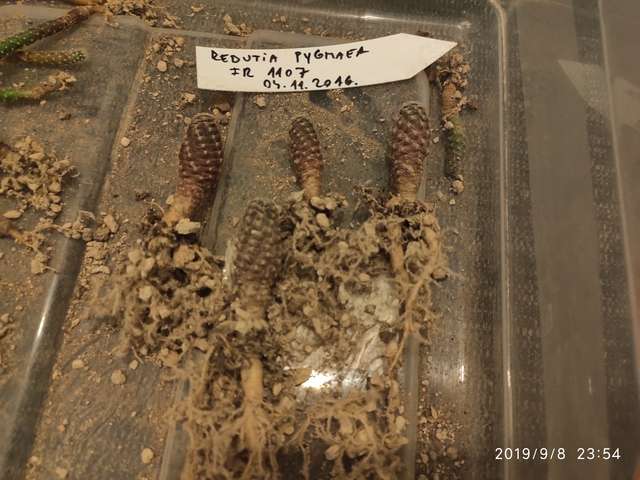 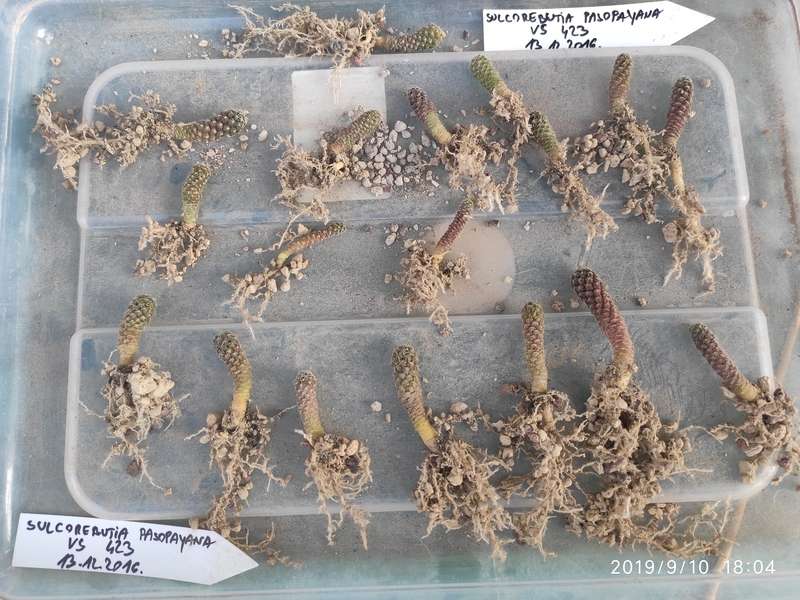 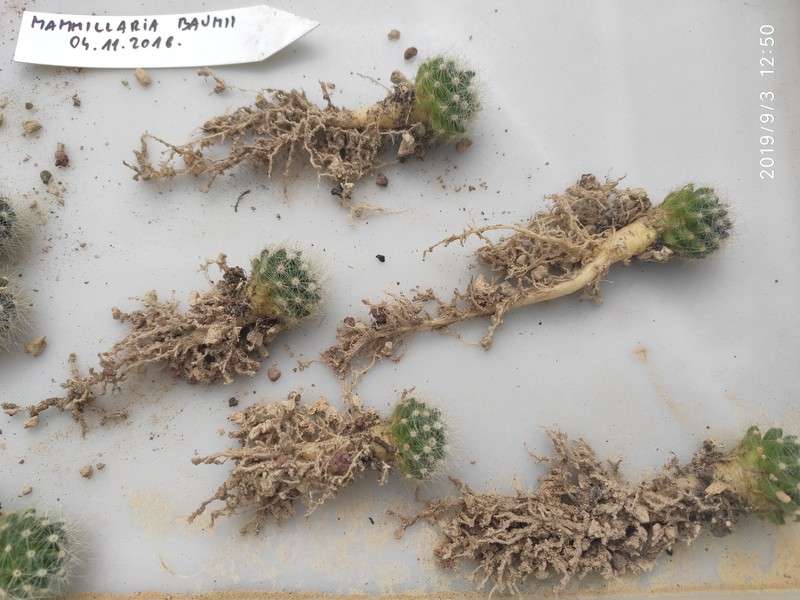 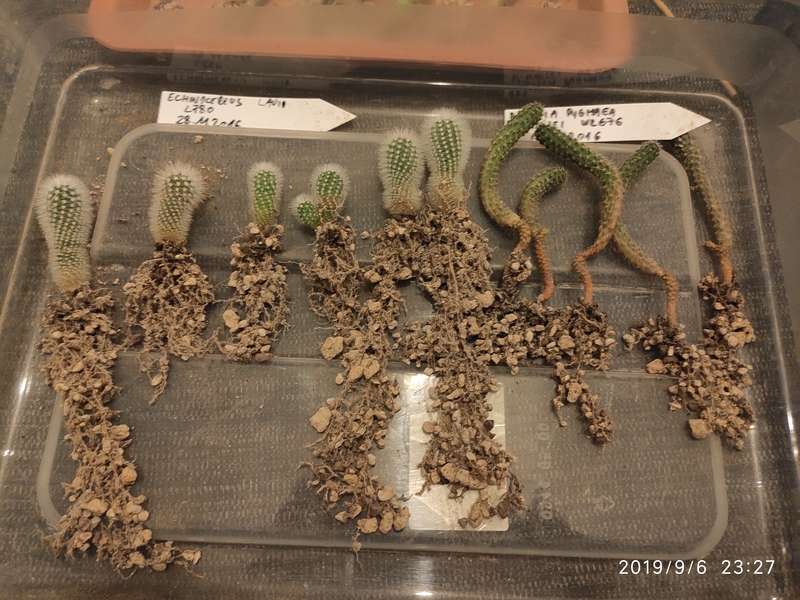 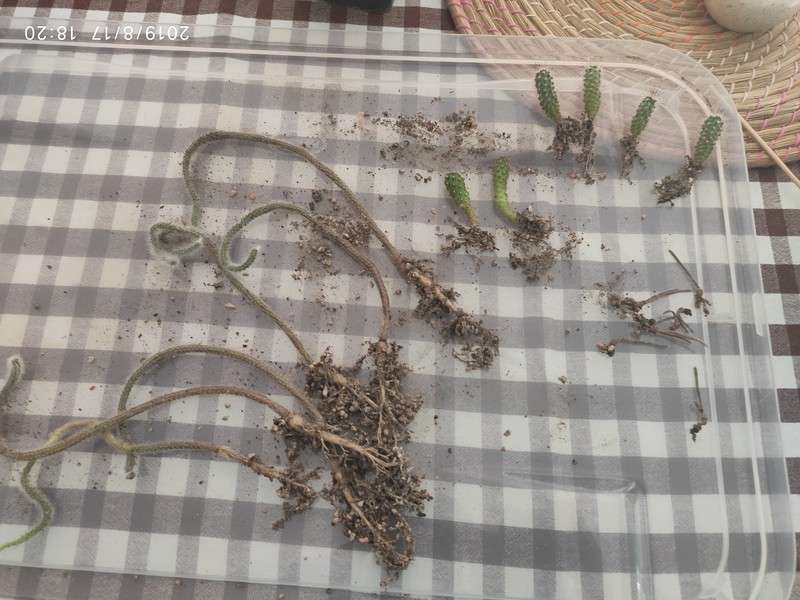 The weeds are Wilcoxia - cant seem to get fat stem on them no matter how I try.


Look under the benches - I used all the space, the stuff is harder to move and take proper care of all the seedlings that, as the time passes and they grow older, require special care for each one. Im not planning to keep all of them, I decied 4 of the species is enough

I tried to sell some over Facebook(we have a cacti lovers group here in Croatia), but only one person contacted me, so I still have a lot of seedlings... 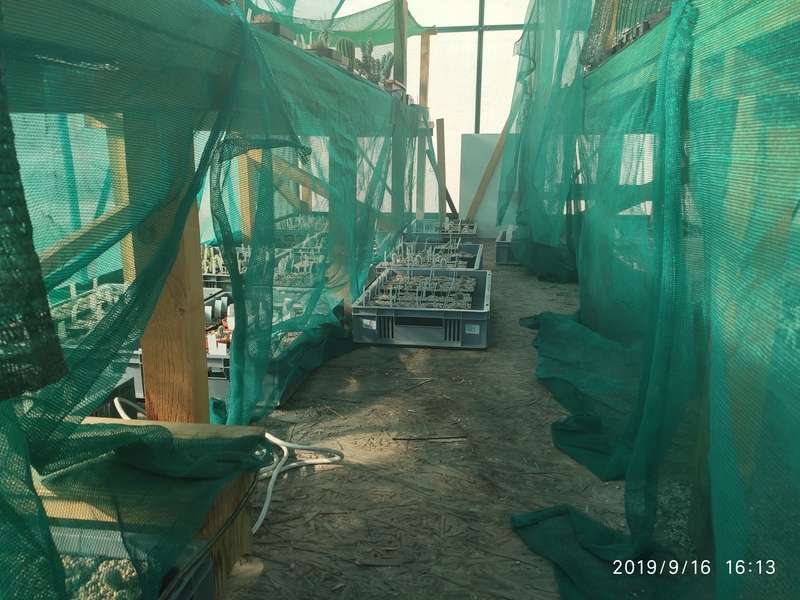 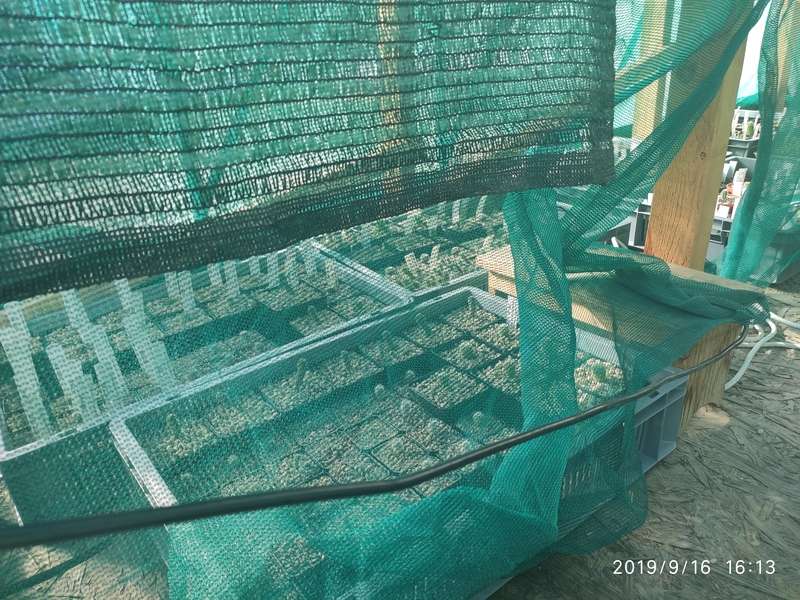 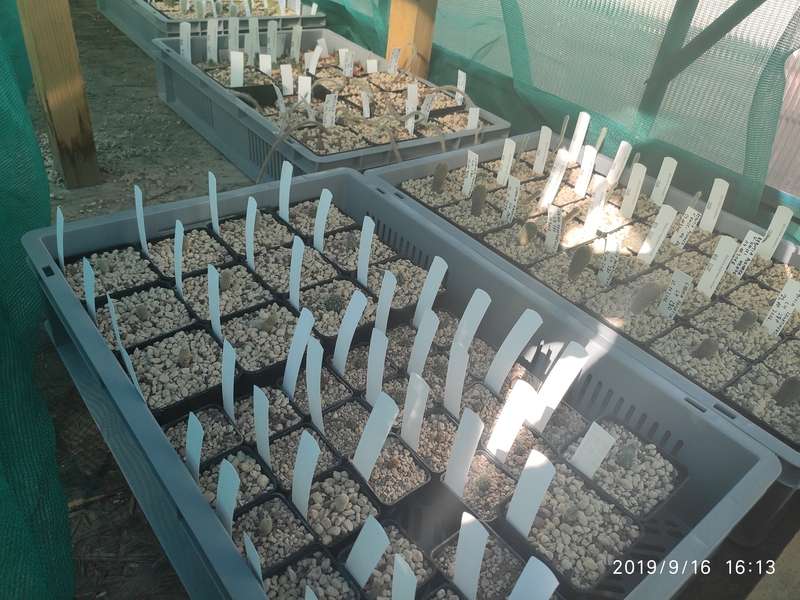 So good to hear from you Bosenoge

The seedlings are gorgeous, looking very healthy and wilcoxia looks just fine. At least your is alive, mine has just dried out

And that's a huge greenhouse man!

How come you are re-potting in September?
Top

Almost all of the 190-ish pots/species sown in 2018/2019 have to be housed somewhere, since only a couple of them were removed from the wet-boxes and have passed my resistance test

. I was thinking about how to expand my space under artificial lights, then suddenly the simplest idea came to me! Why be a craftsman?(Im not, anyways).Call IKEA for help! 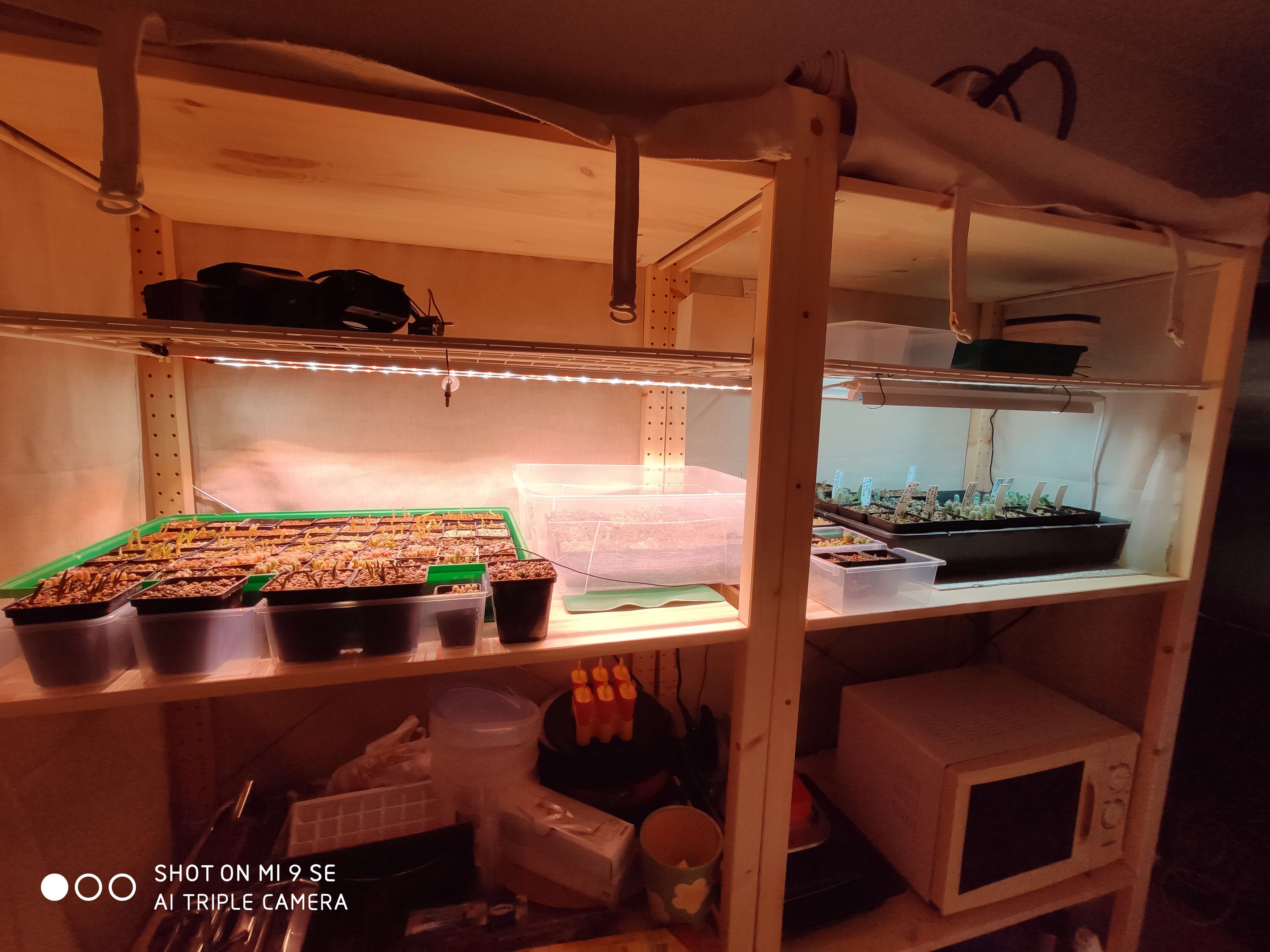 Assemble two IVAR cabinets, and suddenly you have 150X50 centimeters of space PER SHELF!

If you are as bad at DIY like me, then you can buy wired top shelves, so its easier to fix the lights on the wires. Notice the old microwave in the bottom right? Present from my wife just for sowing purposes! Or did she resented the smell? Ill never know.. 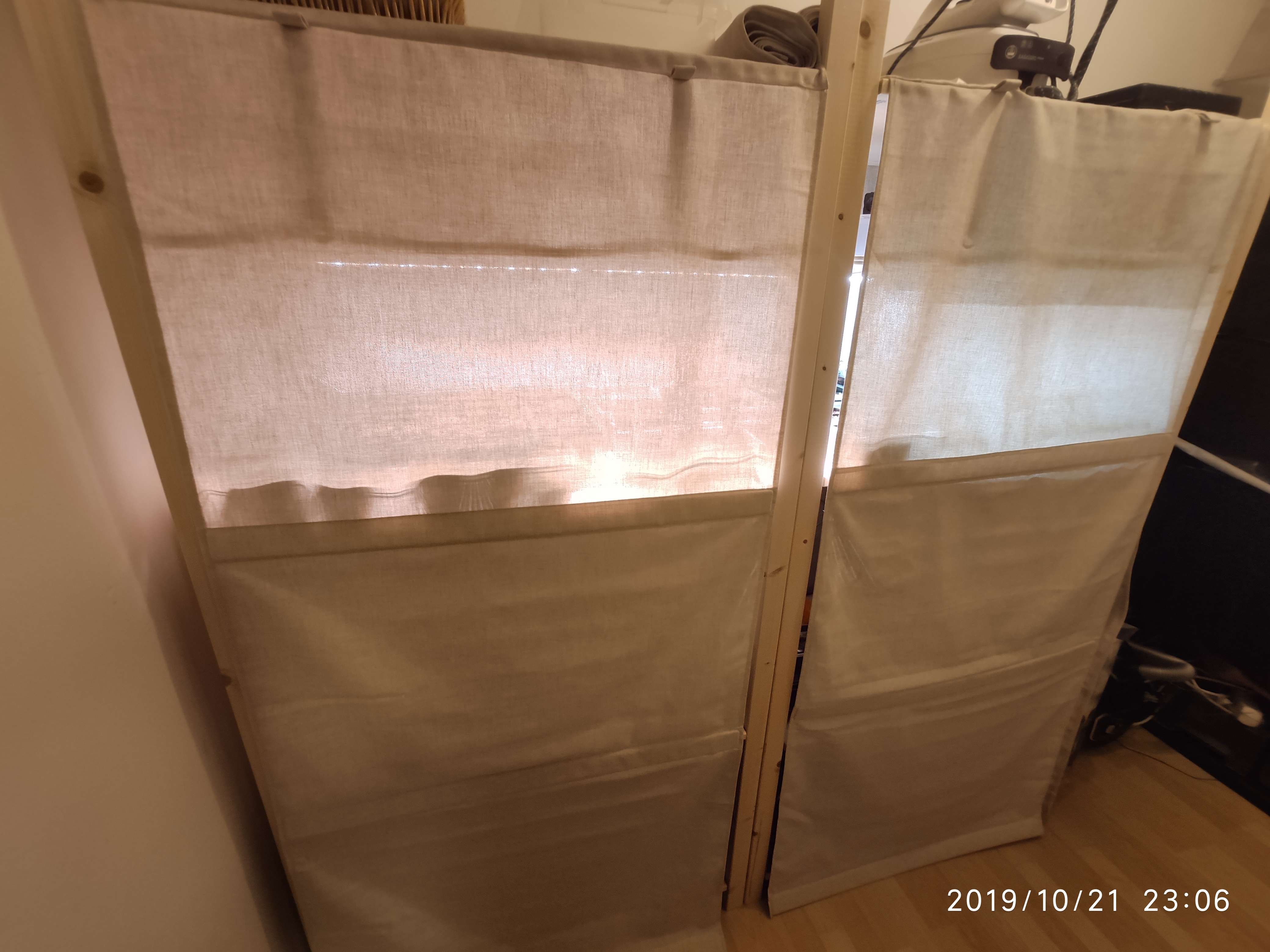 Look with the covers on, which IKEA also provides!

Lights on the left are LEDS. https://www.sanlight.com/en/luminaires/ ... ex-series/ . I have been eyeing LED lights for a long time, and finally I found something appropriate for cacti. They are much more expensive than neon bulbs, but supposedly give batter light output for twice as less power and last longer. They also dont emit excess heat, but I dont know if it is a positive or a negative thing for cacti breeding, since I suppose I will spend more on bottom heat. Its too early to say anything, I will report later about overall experience. At least they have normal color, they are not purple as majority of LED lights for growing. Maybe too bright for eyes even - I have to get some glasses for that.

Anyway, season 2018/2019 wasnt so bad after all. We were runners-up in the World Cup(Yeey!!), and cacti were growing at a satisfying rate, concerning my neglect.. Overall, the survival rate is a little over 50 percent. Im not satisfied with Sulcos and Weingartia(merely 25 percent in almost 40 pots, with many duds), and Im very happy with Volker Schaedlchs Gymnos! Echinocerei grown like weeds, and I have quite a few Mammillaria lasiacanthas. Some other oddities in the next post...

How come you are re-potting in September?

Thanks for the kind words Dodo! Regarding repoting, Im quite relaxed lately about the time in the year when I do it. As long as the supstrate is bone dry I dont have any losses. And as you now, we have an extended mild autumn/late summer here! It was 26 Celsius here today with no sign of rain or bad weather for at least a week so a good month for cacti!

As for the greenhouse, its 4,3 by 2,5 meters, so merely 10 sqare meters, you wouldnt beleive how fast it is being populated 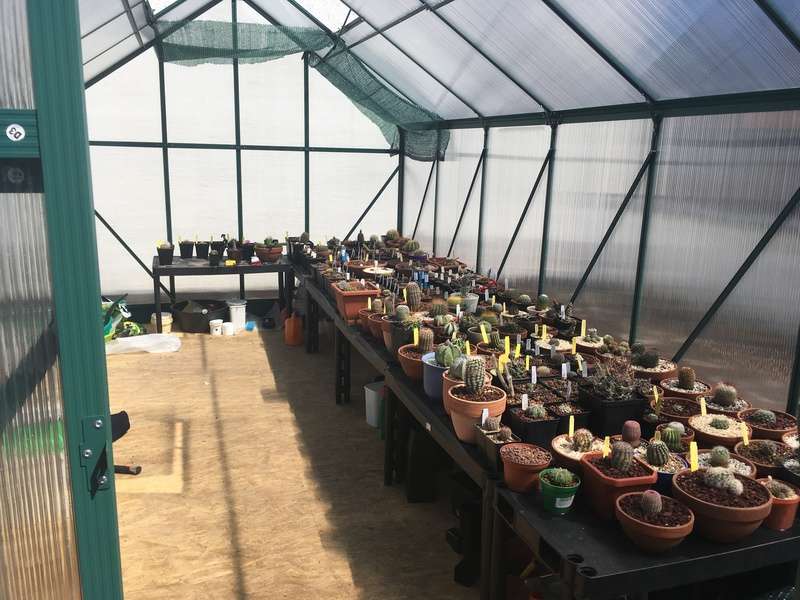 May 2017. - official moving in. Most of these plants were on the balcony before. Just two years later I am officially out of space, in the greenhouse, on the balcony(again) and some other places also

I thought, when I was setting it up, that I dont have to worry for at least five years. Boy was I naive...
Most recent photo to follow.
Top

It is impressive: the scale, greenhouse and the efforts. Good to see this passion unleashed.

How come you are re-potting in September?

Return to “Grown From Seed”